Beryozovskaya TPS is the most powerful thermal power station in the Krasnoyarsk Krai. The nameplate capacity is 2400 MW. Construction of the station began in 1976, and the first power unit was launched in December 1987.

In February 2016, a fire broke out at one of the power units of the Beryozovskaya TPS. As a result, the load-bearing metal structures of the main building frame and the boiler structure were seriously damaged. SODIS Lab solutions made it possible to assess the degree of damage to the facility and safely carry out its repair.

During the restoration work, the building of power unit N3 at Beryozovskaya TPS was equipped with a system for monitoring the deformation state of load-bearing structures developed by SODIS Lab. The structural monitoring system operates at the facility based on the SODIS Building M software with support for the BIM model of the building, displaying in real-time all information about the equipment installed on the structures and any possible deformations and damages.

The sensors were connected to the automated data acquisition equipment distributed throughout the boiler room. Access to the monitoring data was provided via local and remote workstations. 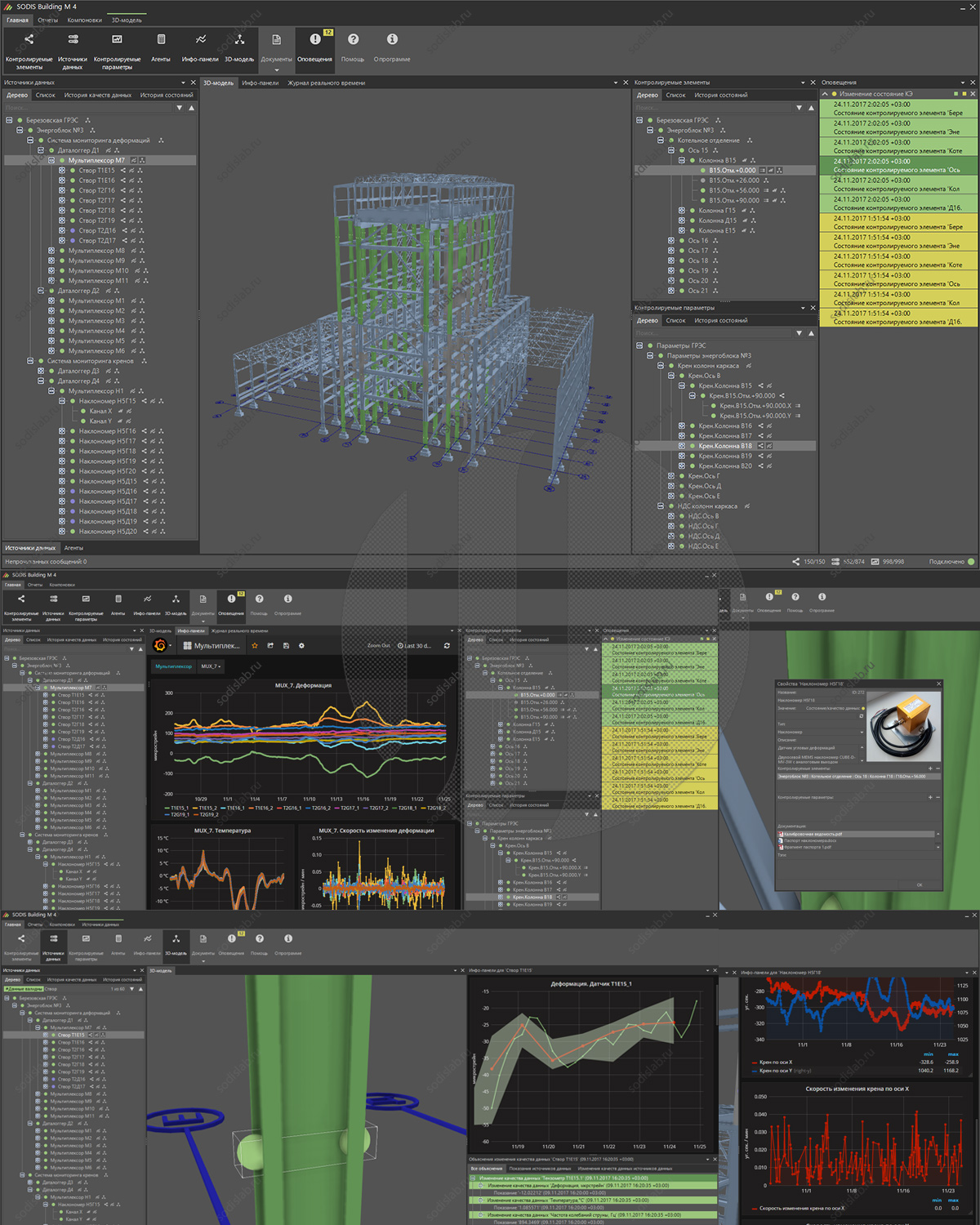