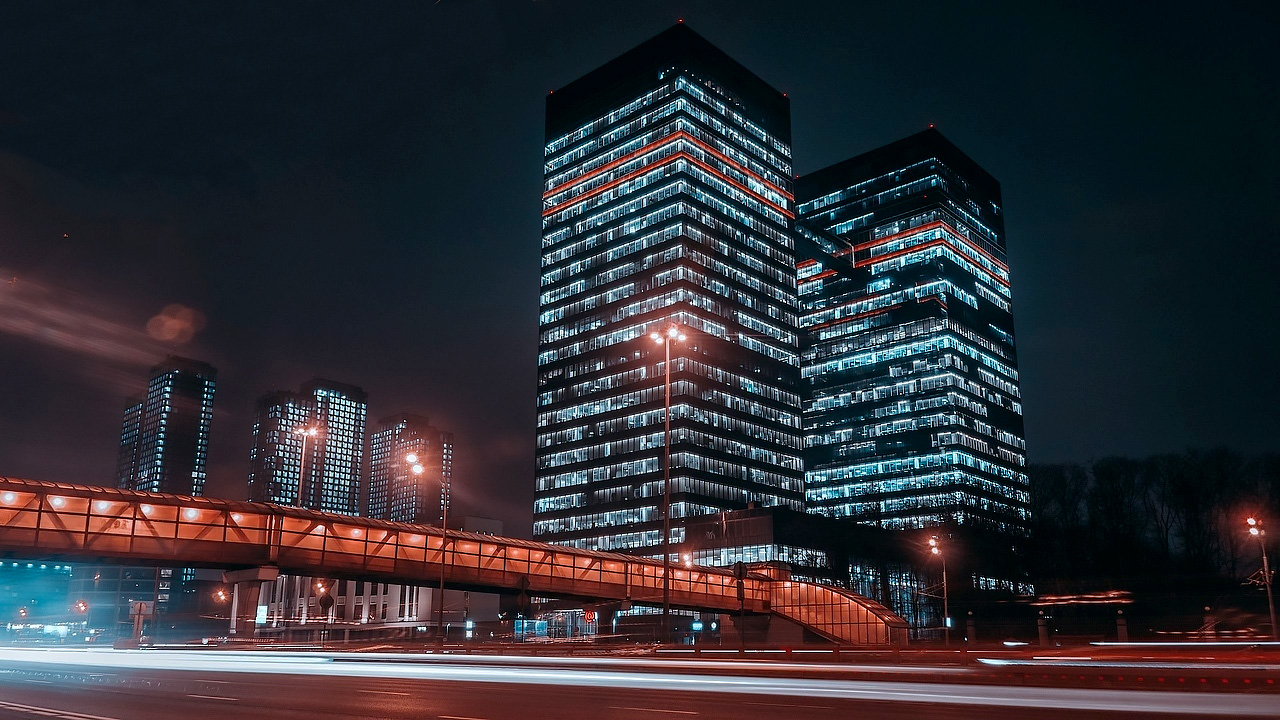 The project of the SkyLight business center consists of two functionally independent towers with a height of 27 floors (109,2 m), united by a 5-story stylobate part. Both towers are mirror images of each other with separate entrances. The business center is located at 39 Leningradsky Prospekt not far from the Moscow Kremlin.

The engineering systems of the business center’s towers are completely autonomous. The column spacing is 8,1 x 6,6 m, the distance between the ceilings is 3,9 m. The facility is equipped with modern fire extinguishing, air conditioning, and ventilation systems. Multi-level underground parking for 583 cars is organized under the building.

Within the framework of the project, SODIS Lab developed and agreed on working construction documentation with supervisory authorities and has installed at the SkyLight business center structural monitoring systems and building equipment monitoring.