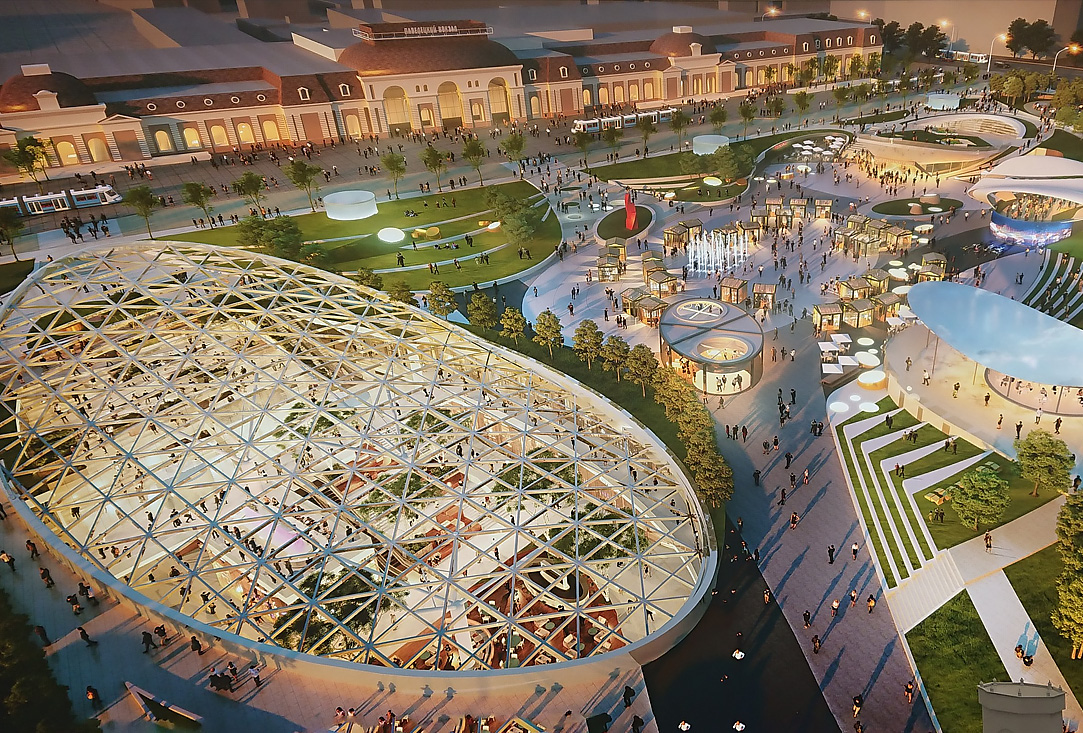 The shopping and entertainment center Paveletskaya Plaza is located in the historical center of Moscow on the square in front of the Paveletsky railway station. The architectural concept of Paveletskaya Plaza was developed by the international studio 5+design. The general contractor for the construction is the biggest Turkish company Ant Yapi.

The project provides for the construction of a 5-story underground building and a landscape park. A shopping and entertainment center will occupy three floors, parking for 277 cars is planned to be located on the fourth and fifth levels.

SODIS Lab has implemented a structural health monitoring system (SHM) for the Paveletskaya Plaza. The facility has a network of sensors, which includes 16 strain gauges and 25 tiltmeters connected to the online platform SODIS Building M. Sensors are used to monitor the technical condition of elements of building structures.